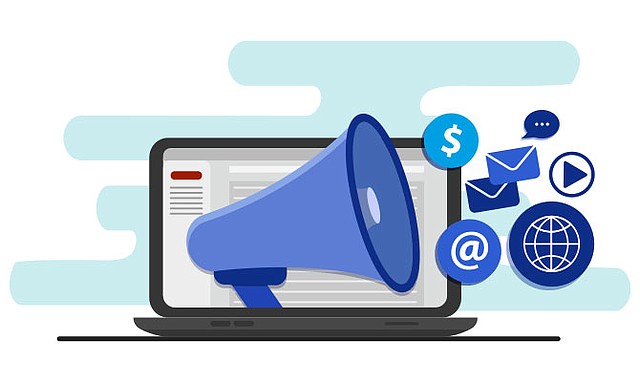 We reached out to our favorite advertising sales expert for an answer to the question most publishers are asking right now: How can we sell advertising in today’s market?

Ryan Dohrn, the founder of Brain Swell Media, publisher of SalesTrainingWorld.com and the creator of the 360 Ad Sales training system, spoke with ePublishing about the current state of advertising in the publishing industry. He talked about the importance of audience data, why recommendation-based selling is more effective than solution selling, and why publishers must embrace custom and sponsored content, including video.

ePublishing: What’s the state of advertising in publishing today?

Ryan Dohrn: From a 50,000-foot view, the ad sales business is dramatically changing. If publishers and business owners continue to sell the way that they've always sold, they are truly destined to fail. If you think back to the Great Recession, where we went from 12X contracts to six to three to almost nothing, post-COVID we're going to see that again. It’s not that they're not going to get any long-term contracts, but we're going to have to be aggressive in pricing, and I don't mean discounting. And those publishers that refuse to have digital assets as a part of their program are going to be in trouble.

Now let me just say, I am not a believer that print is dead. I don't believe that. But if we keep selling the same way, we're going to get traditional results, and it's just not sustainable. We're going to have to come up with new plans, new packages, new ways of pricing, be more flexible with business owners and provide a tremendous amount of value.

The biggest thing is content. If you're a publisher and you don't understand how to sell content or create custom content, you're going to get left behind. The separation of church and state – it's not that it doesn't exist. But there is a place for custom content and sponsored content.

ePublishing: Why are publishers pushing back on custom and sponsored content?

Dohrn: They actually think they can survive on nothing but ad sales. It's not sustainable. I like to say that content is the new currency of marketing, and I've said it many times in many different venues, and people still don't get it. In the end, he who owns the data is going to win, not he who has the best writers. I think that that's the harsh reality.

ePublishing: How do you use data to get greater ROI from advertising?

Dohrn: They've said many times that small is the new big. The smaller the list, the more targeted the list, the more I can sell it for. It used to be the bigger the list, the sexier it would appear, and people would pay more for it. But marketers know that, if I can slice and dice it, it may not save me money, but it's going to give me better ROI. And that's not just having an email list. It's being able to say, "I would like to send out to everybody on your email list who clicks every time we send an article on red shoes." That's a better list for me than your big list.

Your website is a very important part of collecting data. In the background, seeing what they're logging onto, where they're going on the website, tracking their activity and creating metrics so you can go to an advertiser and say, "I know everyone in the past 30 days that has clicked on an article about blank. In addition, I can tell you the people that have clicked on it more than a couple of times, so they've shown a higher level of interest,” and I can charge more money for that. Data-based selling in the ad space should, if it hasn't already for most companies, replace display advertising and other advertising options along those lines.

ePublishing: Has what you call Instant Gratification Syndrome in advertising become more common over the past few years?

But, here's the thing: Very rarely are you going to run an ad for a sofa that's going to be compelling enough to get somebody to jump off their old couch to buy a new one. Very rarely are you going to be able to run an ad for an MRI machine that's going to cause somebody to react immediately and buy it. If you can help your advertisers understand how marketing really works, then you begin to temper that Instant Gratification Syndrome as it relates to advertising.

ePublishing: How do you recommend to clients that they frame websites as part of solution selling?

It's not solution-based selling as much as it is recommendation-based selling. I want to give them a solution to their problem, but I don't want them to define what the solution is, or it misses out on what they might actually need to do. So what I like to do is I like to talk with advertisers about, "What are your clients like? What are your competitors like? What do you like or dislike about what your competitors are doing?" And then what we can do is draw the solutions they need based on our experience with other advertisers like them.

ePublishing: Are there some common mistakes you're seeing these days then, either as it pertains to solution-based selling or just approaching especially the digital side of sponsorship and advertising sales?

Dohrn: Ad reps are worried about figuring out the budget an advertiser has to spend. The problem is that their budget is the reality in the advertiser's mind of what it takes to be successful. They don't know what it actually takes. They are often unrealistic. So, it is far better to share with them about other advertisers that are having success and then recommend marketing products and a budget that will be effective for them. The common mistake is having a one-way conversation with an advertiser and not talking about how much other advertisers love us and are having great results. Because if it works for them, it probably would work for the next person.

That's where the web comes into play. People are just not understanding, "Hey, this is working for other customers like you. Here's what it looks like online. Here's how the custom content plays out. Here's the downloadable content." "Well, I don't like downloadable content." Well, it really doesn't matter if you like it or don't like it. What really matters is does it work. And that's where I like to help reps understand it's OK to push back. Most people want to be led.

Also, if I go on one more sales call that's filled with data, data, data … it makes me nuts because I don't buy based on data. I buy based on how I feel, and the majority of people do as well.

ePublishing: What trends are you seeing right now with banner ads?

Dohrn: Obviously, the bigger, the badder, the better. But I've also found a common problem. When banner advertising is ancillary, and it's not attached to the design of a website, then what you find is it's like it's an add-on. And normally add-ons look kind of ugly, and they don't look like they were intentional. It comes across as being an afterthought.

We're looking for partnerships with these advertisers. Banner ads that are in alignment with content always do better. We need to do a much better job with banner ads leading them to interactive content, to a download, to a video, or making the video a part of the banner ad to draw the eye in. If you don't integrate the banner advertising into the content, make it a part of the experience, especially when you're talking about small-format banner advertising, you're going to be in trouble.

I think they should be a part of ad packages that are presented. But if you're just offering the standard 300 by 250, there's just so much more out there than these small little IAB unit sizes.

ePublishing: How are you getting clients to expand into other sponsorship products, or focus more on packages instead of just banner ads?

Dohrn: Don’t wait until you need revenue to find revenue. Sell it backwards. It's so important. I wrote a book (Selling Backwards) on that nine years ago. The basis of it, which still applies today, is before you create a media product, go to your advertisers and ask them, "Is this a product you actually would buy from me?" Everybody should have an advertiser advisory board that you can ask questions of. Ask them what media and marketing products you could create that they'd really love, and then figure out how to integrate that into your total advertising portfolio. And then price it right.

Dohrn: Almost all the high-value products are based around videos. That is working with a professional videographer, as much as you can afford, on creating custom video content series. The reason a series is important is because it just adds shelf life to what it is you're trying to do. Work with advertisers to showcase customers that love the advertiser's product and how they're using it to solve their business challenges, featuring that online in a product spotlight.

With what’s occurring with trade shows across the world being canceled, anybody in the B2B space should be showcasing new products in videos with their advertisers. That’s pretty easy in B2B. In the consumer space, find an article series you would normally write anyway that you could create some advertiser-based custom video content for. Let me give you an example. You have a five-part series on must-hike trails for seniors that will be published in a magazine. Approach an advertiser with a pitch where you hire a video crew, affordably, with a drone to record those trails. Add the advertiser’s logo at the front, and add some interactive maps. Gather the viewer’s email before you share the video.

The video side of the business doesn't require a video team in-house. Freelance the tar out of it. Anyone that can do a wedding with three or four cameras and keep a bride and a mother of the bride happy can work with an advertiser all day long. Make it so that you can watch it, but it doesn't have to be a J.J. Abrams spectacular for you to be successful in video.

Learn more about Ryan Dohrn and 360 Ad Sales at 360adsales.com.